Children from years 4,5,6 have been taking on a RICH science task that has been developing their problem solving skills and starting to think about the new Welsh curriculum by looking at the four key purposes. Children were given a scenario that they had to travel back to New Radnor in a time machine to Tudor times, to help the villagers with the flooding of the local rivers. Children researched local dams and the main function of a dam, exploring scientific vocabulary like water pressure, gravity and volume of water.

After their research, children using Lego had to design three different dams using 20 Lego bricks and predict what dam would be best for holding the most water based on their previous research. Children then tested by adding 1000ml of water and seeing how much water they saved. 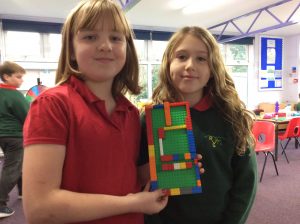 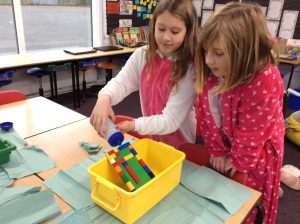 To further develop the children’s, data and computational thinking children used microbits, which is an open source hardware ARM-based embedded system designed by the BBC .The children were given another scenario that their new built dam was cracking and that they had to develop a warning system for the villagers of New Radnor that they could take back in time with them to the Tudor villagers of new Radnor. 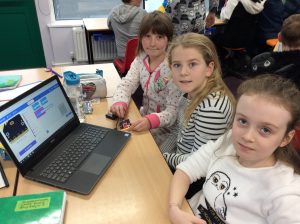 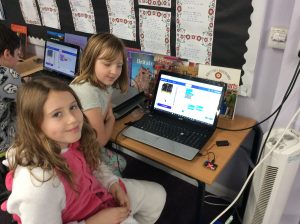 The voice of the learners then decided they wanted to upscale the dam using 30 building bricks that were kindly donated by DW Builders, to save a mini Lego village (New Radnor) from water. Children then developed various dams, repeatedly changing the design until the village was safe from the flooding dam. Some children then developed an explanation using the video in the background using our green screen technology in school. 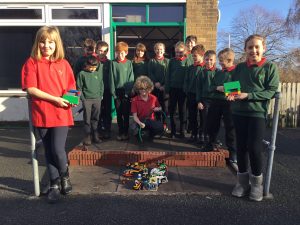 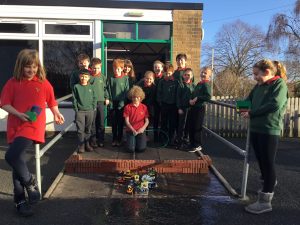